You are here: Home › Art › More sites I visit, including more by Kevin Mowrer

The ætherweb is  big place and noone can really keep track of all the wonderful Steampunk related material that is out there. Taking this into account, I once again share a few sites with you I more or less frequently visit. Less frequently is becoming the norm since I am too occupied with other things (i.e. real life).

The first site I want to mention is a blog I guess many of you know:

I should have included it earliere, I know, since it is such an important blog in the scene and has been around since 2007, a long time in the blogosphere, I think. But then again, I had to balance well-known sites and perhaps less known sites. Anyway, the Steampunk Tribune is an extensive, very frequently updated and well-written blog about everything Steampunk.
It also features quite an extensive selection of Steampunk related links for further reading and ætherweb-explortion. So just saunter over and check it out.

Next, I have to mention Kevin Mowrer again. It would imply be wrong not to point your inquisitive eyes to his ongoing project Frahnknshtyne. The story grows and develops and so does the project related art he publishes on his blog. As I have remarked before, he is a master of his trade:

and then there is this one, no words necessary: 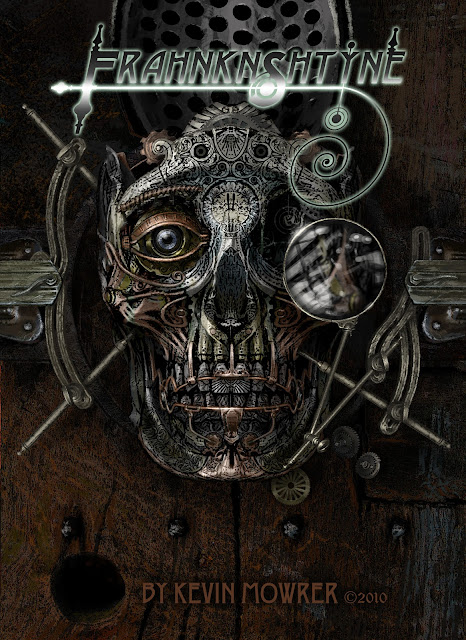 But this is all just a fragment of what Kevin Mowrer has created on his blog. I could go on for hours about his work and speculate what could be next but I would just spoil it for you. So by all means, pay Kevin a visit, leave a comment and hope this project will one day turn into a movie, graphic novel or both.

Next, there is Nemomatic. A great site with all kinds of mechanical marvels is always worth a visit. Especially if the mechanical marvel in question is Cthulhuesque (you can also make a point of it being a representation of the Airkraken, obviously):

And to close this article, a trailer of some say an upcoming animated movie by Terry Gilliam, others say it is just a project. I hope there will be a movie: